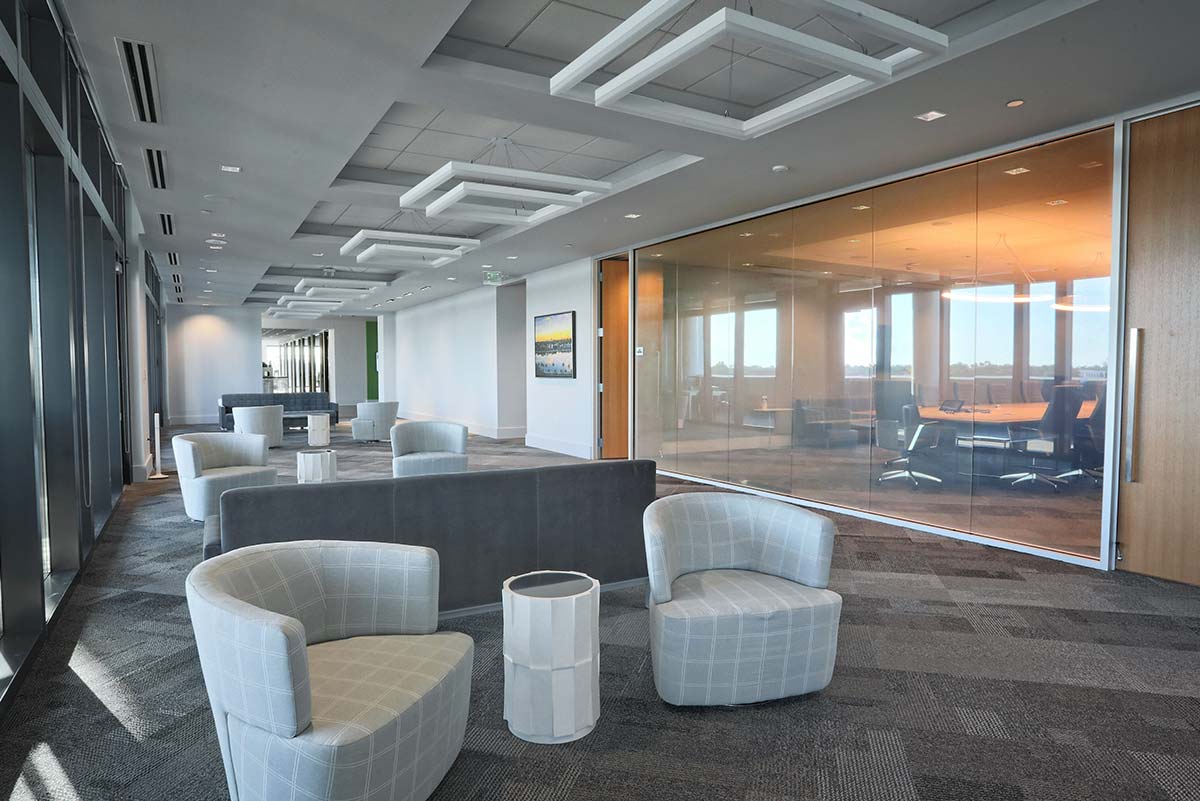 Park Circle, in North Charleston, SC has been given new life. Dating back to the early 20th century the area was home to General Asbestos and Rubber Company, better known by its acronym, GARCO. Garco helped supply the American war efforts during WWI and WWII by producing brake lining for Allied tanks. Later, the company supplied the soles of the spacesuit boots worn by the astronauts on Apollo 11 as well as other Apollo programs. They also produced materials used on the Apollo spacecraft. The operations at Garco stopped shortly after the conclusion of NASA’s Apollo space program in 1972 and by the early–80s had closed.

The industrial site, ubiquitously known as Garco Mill, sat untouched for decades. In a revitalization effort and after years of committed environmental remediation and planning, a group of investors worked to develop the site into what has become a true urban renewal. Phase I of the plan involved renovating the 86,000 square foot former mill building. Retaining the historic elements, Garco Mill was modernized into a chef-driven food hall and creative office with co-working spaces.

For Phase II and III only, the investors hired Evans General Contractors for the brownfield construction of two new office buildings: a 4-story and a 3-story with a brick and precast facade. On land across from the newly renovated Garco Mill, the site for the new buildings was laden with asbestos. This posed a considerable challenge to the Evans Team as they worked to properly remediate the site. The S.C. Department of Health and Environmental Control ensured things were handled properly so that construction and interior work could begin.

Built in tandem with Phase II, Phase III was a 3-story, 53,000 square foot building which included elevator installation, complete interior build out, high-end finishing, and landscaping.  The Charleston Metro Chamber of Commerce occupies a portion of the first and second floors which included approximately 10,000 square foot of tenant improvements. Evans General Contractors’ office space consist of 4,800 square foot on the second floor adjacent to a portion of the Chambers spaces. In addition, there is roughly 8,000 square feet of covered parking on the first floor and a communal terrace on the third floor.

Committed to the vision of the project and the area, Evans’ moved its Charleston operation into the second floor of the 3-story building. The once blighted area has transformed into a thriving community of shops, businesses, food stalls, and retailers.

Evans is honored to have played a part in the continued efforts to write a new chapter for this historic landmark.

Need to connect regarding marketing assets or partnership opportunities? Email us via button below: